An Indonesian migrant worker, who has been organizing cleanups around Taiwan for almost three years, said Sunday that the garbage on one of the country’s beaches is a never-ending problem, and it requires the help of everyone to keep the environment clean.

“We must love the environment because we humans need the Earth to live,”said Maya Sari, a 36-year-old factory worker, who was spending her Sunday cleaning up Laomei Beach in New Taipei.

“The planet doesn’t need humans to survive, but we need it to survive,” she said, as she worked with about 15 other people, picking up trash on the beach at Fuguei Cape. “The Earth is our home so we need to take care of it.”

Maya said that since she arrived in Taiwan almost three years ago, she has lost count of the number of cleanup events she has either organized or joined, but she estimated it at around 50.

“The Laomei Beach area is one the frequent sites. We came here four times in January, but the trash seems to be a never-ending problem,” Maya said, as she and other volunteers gathered up piles of plastic bottles, fishing nets, styrofoam, food packaging, and abandoned fishing gear such as floats and fishing lines.

Maya said she had been doing similar volunteer cleanups in her hometown of Indramayu in Indonesia before she came to Taiwan to work at a factory in New Taipei. It requires the efforts of everyone to keep the environment clean and ensure a better future for younger generations, she said. 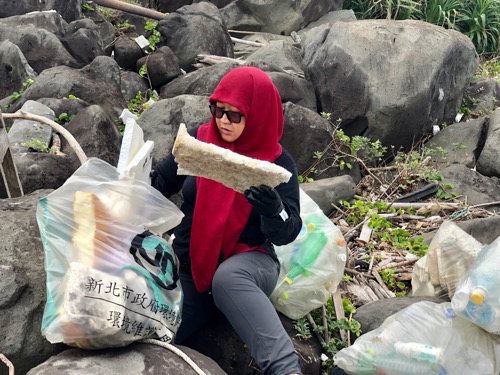 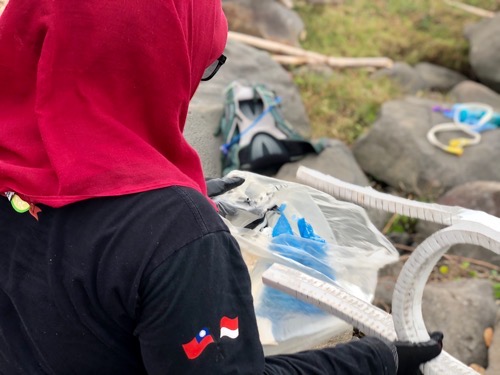 One of the other volunteers at Laomei said he has been participating in Maya’s beach cleanups since last year, when he met her at one such activity she had organized in New Taipei.

“I was touched by Maya’s passion to help clean and collect rubbish in Taiwan,” said Kao Kuang-tsang (高廣蒼). “If migrant workers can be so committed to keeping our country clean, we should show some appreciation.”

He said 20 people on average usually show up whenever Maya organizes a cleanup activity, and they collect about 300 kilograms of trash each time.

One of the first-time volunteers, British national Matt Garbutt who currently lives in Taipei, said he wanted to participate because he was concerned about the heavy use of plastics in urban areas of Taiwan.

Notices about Maya’s cleanup activities are usually posted on her Facebook page “Universal Volunteer,” she said. 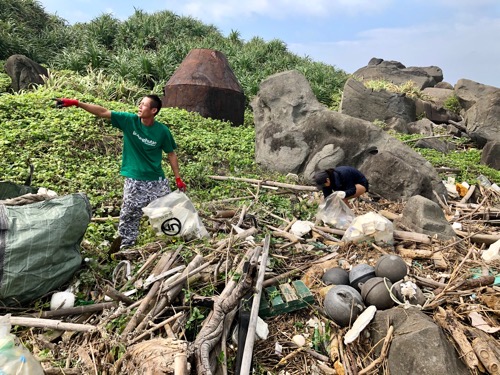 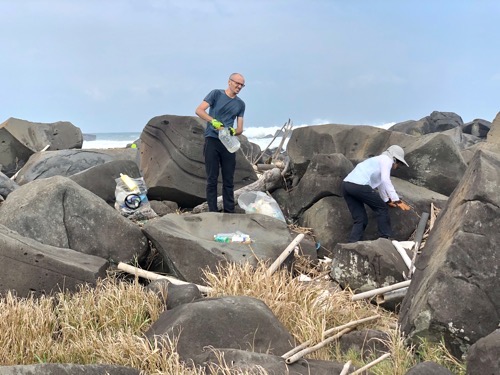 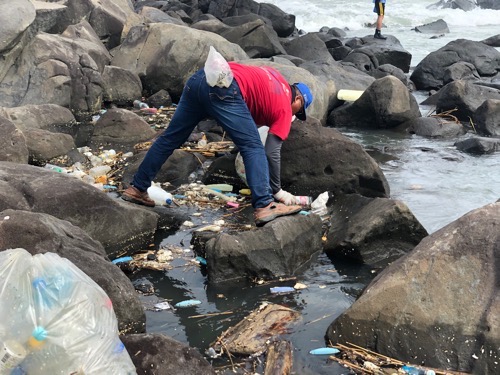 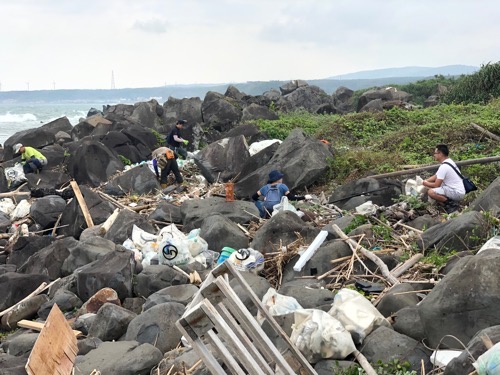 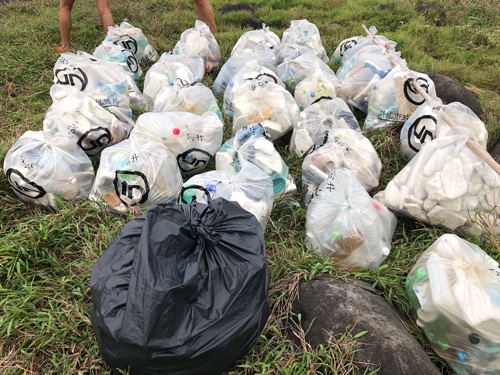 A suspected smoke grenade exploded on Tuesday at a park near Indonesia’s presidential palace in the capital Jakarta, injuring...