A group of 120 federations and unions yesterday filed a lawsuit against former union leader Chea Mony after he appealed to the European Union to place sanctions on Cambodia over the dissolution of the opposition CNRP.

Lawyers filed the complaint to Phnom Penh Municipal Court on behalf of the Cambodian Union Federation.

The lawsuit accuses Mr Mony, a member of the Watch Council of Cambodia and a former president of the Free Trade Union, of appealing to the EU to stop ordering clothes from Cambodia in an interview with the US-based Radio Free Asia.

The complaint said Mr Mony’s comments could damage the livelihoods of about 700,000 workers in the garment industry. 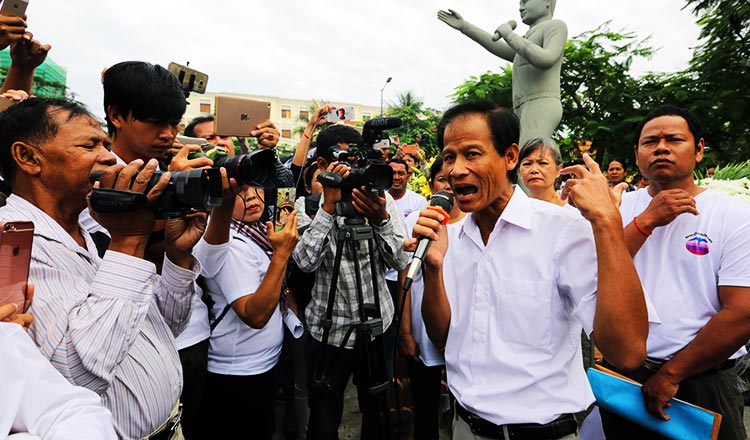 “Mr Mony’s words could be disastrous if the EU and other buyers stop purchasing clothes. It could incite workers to hate the government,” the complaint said.

The Supreme Court dissolved the opposition CNRP on November 16 after its leader Kem Sokha was detained and charged with treason.

The lawsuit filed yesterday suggests Mr Mony be charged as an accomplice to treason, saying he should have to pay $1 million in compensation to workers affected by his comments.

However, Mr Mony claimed his words were powerless and could not force the EU to impose sanctions.

“I don’t understand why they filed a complaint against me. Do they think my voice alone could make the EU put sanctions on Cambodia?” he said. “I am waiting to see what happens with the court procedures but the judiciary in Cambodia is not independent.”

The United States and the EU have already announced cuts to election funding, visa restrictions on government officials, and asset freezes in response to the dissolution of the CNRP.

Prime Minister Hun Sen said he was unafraid of potential sanctions and warned he would retaliate on visa restrictions.