Preliminary tests carried out by the experts from the Organisation for the Prohibition of Chemical Weapons confirmed suspicions that the barrel bombs discovered in three provinces could indeed turn out to be chemical weapons.

This initial confirmation was made yesterday after the OPCW ended an operation to inspect the bombs sites in Mondulkiri, Tbong Khmum and Svay Rieng provinces. 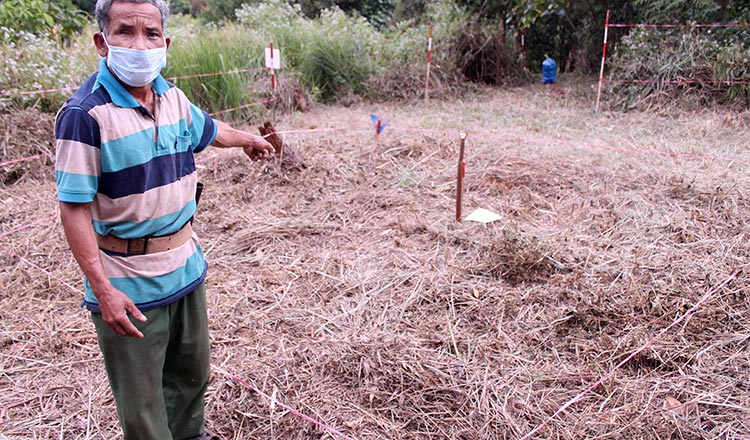 It was learned that the experts, in their preliminary findings, have confirmed that the barrel bombs could be chemical weapons.

However, an official from Cambodian Mine Action Centre (CMAC) said that since these were preliminary findings, they could not confirm the exact chemical substance within the barrel bombs.

“We will bring this issue to discuss with those that dropped the bombs,” the official said, familiar with the investigations said, referring to the United States, which dropped the bombs on Cambodia during the Vietnam War. 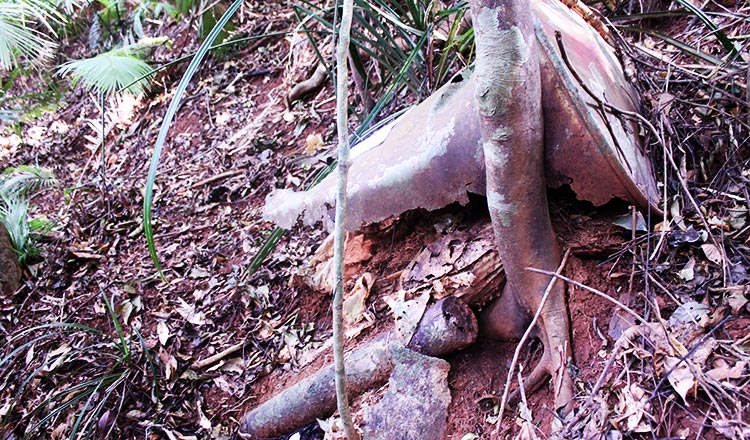 In response, four chemical experts from OPCW came to inspect each bomb.

In Mondulkiri province, ten chemical bomb sites were discovered, covered by forest and crops planted by indigenous villagers. Most of the chemical barrel bombs have been unearthed and only two were left buried in the ground.

Some of the barrel bombs found were located in valleys, making it difficult to remove or dispose of them, and some remained active. 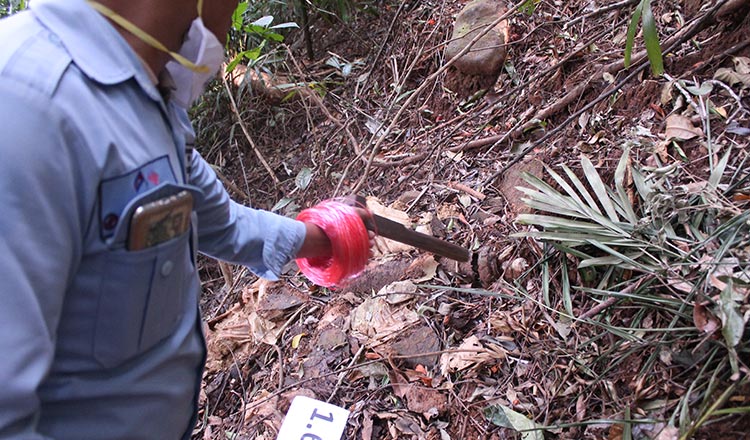 The OPCW experts were accompanied by officials from the Cambodia Chemical Authority and Cambodian Mine Action Centre, both of which are aiding in the disposal of the bombs.

Their mission with OPCW began last Tuesday in Mondulkiri province and moved on to Tbong Khmum and lastly Svay Rieng province on Saturday.

At each operation zone, the OPCW experts took samples from the bombs to test.

In October, ten villagers fell ill after being exposed to chemicals in a bomb they mistook for scrap metal. Out of the ten affected, eight were sent to the provincial hospital. Hundreds of people were also found with skin and respiratory complaints in Svay Reign’s Korki commune.

Yesterday, the government began building a health centre for villagers in Korki commune to aid in the ongoing treatment of villagers exposed to the bombs.

Prime Minister Hun Sen ordered Health Minister Mam Bunheng to build the health centre and announced that all villagers in the area where the bombs had been discovered would get free care.