Beijing on Friday released its first official Arctic policy white paper, outlining its ambition for a “Polar Silk Road” amid growing concerns over China’s activities in the region.

Kong said Beijing considered itself an important stakeholder in the Arctic, a region that mattered to the entire international community.

In the white paper, Beijing calls for more scientific research and environmental protection for the Arctic Circle, and it also reveals its ambition to tap resources and take part in governance.

It suggests exploration of a potential shipping route across the Arctic – which it dubs the “Polar Silk Road” – as well as development of oil, gas, mineral resources and other non-renewable energy sources, fishing and tourism in the region. 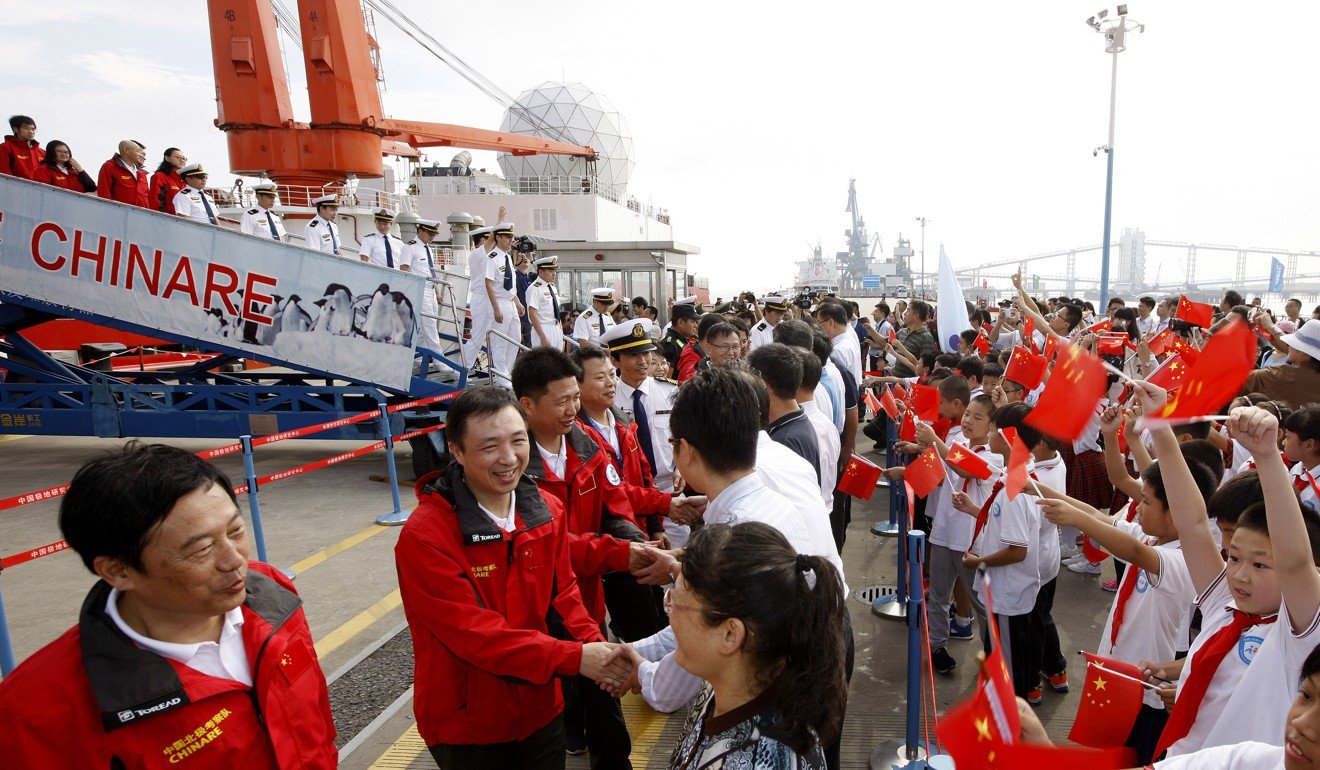 The white paper comes amid mounting speculation over China’s ambitions in the Arctic. The world’s second largest economy has been on the hunt to secure enough energy resources to meet its growing demand – and the Arctic has 30 per cent of the world’s undiscovered natural gas and 13 per cent of its undiscovered oil reserves. As rising temperatures result in sea ice melting across the Arctic, there are new opportunities for ships to travel through previously inaccessible, resource-rich areas.

Xi first raised the idea of the “Polar Silk Road” in Moscow last year, unveiling a series of plans with Russia in the Arctic that would be incorporated into the ever expanding “Belt and Road Initiative”, a trade and infrastructure strategy spanning Asia, Africa, Europe and now Latin America.

China’s interest in new spheres – such as polar areas, deep ocean, space and cyberspace – had grown along with the expansion of its economy and global influence, said Jin Canrong, a professor of international relations at Renmin University.

“China wants to play an important role, or even a leading role, in making the rules in the new spheres, since the traditional areas are already taken by the old powers,” Jin said.

“In the Arctic, China already has the technical capacity to take part and it is in China’s national interests to do so.”

China has stepped up its engagement in the Arctic in recent years and was granted observer status on the Arctic Council in 2013, which gives it input on governance of the region. The council comprises eight member countries bordering the Arctic – Canada, Denmark, Finland, Sweden, Norway, Russia, the United States and Iceland.

Kong said China would not challenge or interfere in the affairs of regional players, nor bring harm to the environment.

“Some people may have misgivings over our participation … I believe these kinds of concerns are absolutely unnecessary,” he said.