The eldest son of popular TV comedian Oeun Sarith, known as Honda, and his girlfriend were tried yesterday by Phnom Penh Municipal Court for allegedly killing Mr Sarith’s second wife by strangling her with metal wire.

Presiding judge Duch Soksarin identified the accused as Oeun Sokhen, 18, the eldest son of Mr Sarith with his previous wife, and his girlfriend Neth Rasmey Kanika, 17, a karaoke hostess.

According to a police report, the body of Sim Chanthy, Mr Sarith’s second wife, was found in the bathroom of her apartment in Phnom Penh’s Dangkor district.

At yesterday’s trial, the accused confessed to their crimes, and said they had been drug users for many years. They asked the court to reduce their sentences.

Mr Sokhen confessed that on the day of the murder, he only wanted to steal the victim’s belongings and had no plan to kill her. The victim caught him in the act, and he killed her by strangulation as she confronted him.

“The only reason I killed her and stole from her was because I did not have money to buy drugs for me and my girlfriend,” he said.

After the killing, he stole a gold necklace, a pair of diamond earrings, a mobile phone and a motorbike.

He then pawned the motorbike for $100 and bought drugs to smoke with his girlfriend at her house. Military police arrested the pair shortly after. 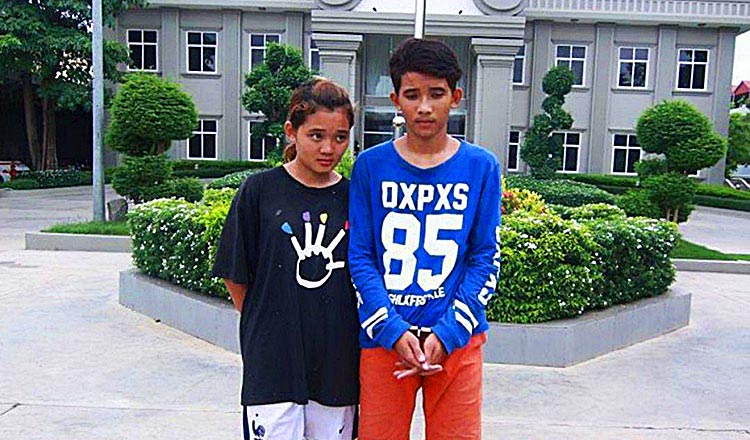 Ms Rasmey Kanika said she knew of her boyfriend’s plan to steal from the victim and was present at the time, but had no involvement in the killing.

“I would like to request the court to reduce my sentence,” she said.

The verdict is due on December 25.