Nineteen eggs of the globally endangered Asian giant softshell turtle have been discovered after conservationists found a nest on a sandbar along the Mekong River between Kratie and Stung Treng provinces.

According to a Wildlife Conservation Society press release issued yesterday, conservationists from WCS and the Fisheries Administration found the nest in the last remaining area of the country where the turtles still breed. 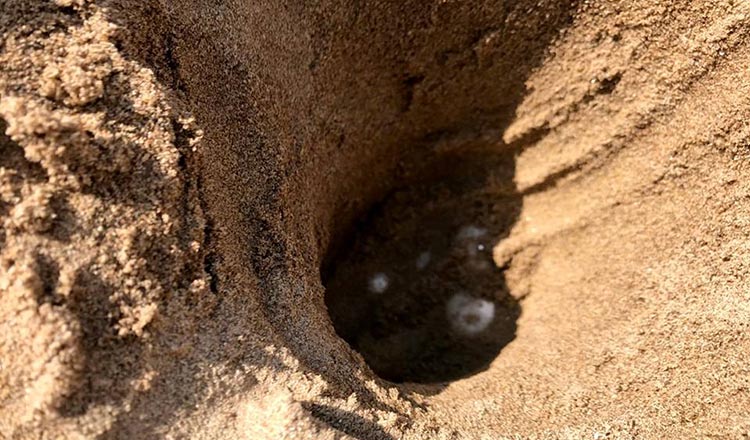 “The nest is now being protected by local communities until all the eggs are hatched and then the hatchlings will be released into the river,” the statement said, adding that former nest collectors were hired to protect the nest.

The species, thought to be extinct in Cambodia until 2007, is listed on the International Union for Conservation of Nature’s Red List as Globally Endangered.

WCS communications manager Eng Mengey said the eggs would be immediately released into the wild after hatching.

“Those eggs will take about two months to hatch,” he said. “We plan to build a new centre in Kratie for conservation of the species.” 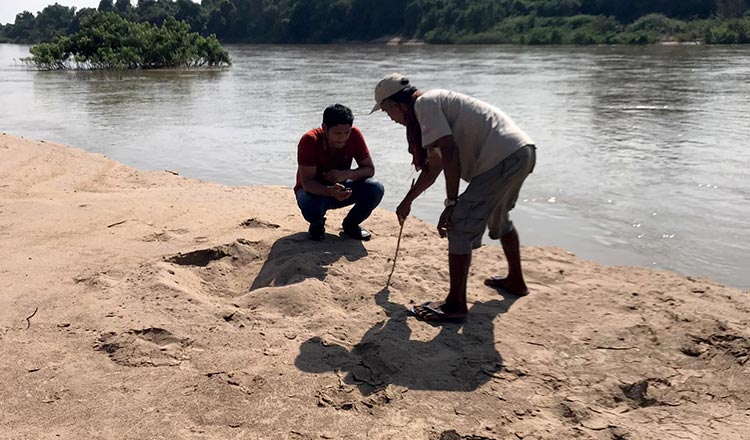 Since 2007, 8,528 hatchlings have been released into the wild through the conservation programme. In June, 150 hatchlings were released in Kratie province.

Som Sitha, a WCS technical advisor, said the breeding period of the species is from December until June, with this being the first nest found so far this year.

“We will work hard with FiA and local communities to find more nests along the Mekong River and protect them from egg collection,” he said.

Recruits off to school