India and Cambodia on Saturday signed four agreements, including one to improve cooperation in prevention, investigation of crimes and legal assistance in criminal matters, besides a line of credit from India to fund Cambodia’s Stung Sva Hab water resources development project for USD 36.92 million.

The pacts were signed after comprehensive talks between Prime Minister Narendra Modi and his Cambodian counterpart Samdech Hun Sen, who agreed to further enhance bilateral defence ties, including through exchanges of senior-level defence personnel and capacity-building projects.

The two leaders also discussed exploring ways to intensify the development partnership and boost ties in key sectors, including trade and investment, energy conservation agriculture, and tourism and culture.

He also said that Cambodia “has got benefited due to [India’s] Act East Policy”. 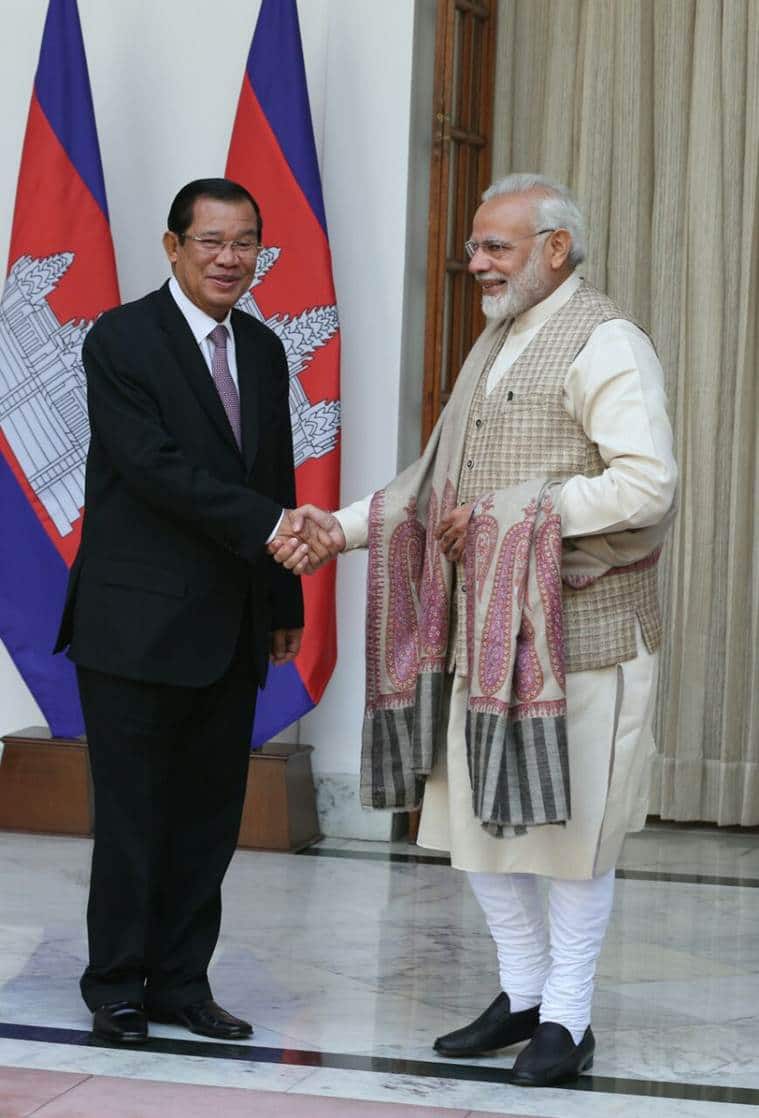 India and Cambodia also signed an MoU on the prevention of human trafficking under which the two countries will see increase bilateral cooperation on the issues of prevention rescue and repatriation related to human trafficking. They also inked a pact for cultural exchanges through 2018-2020. The agreement seeks to promote cultural exchange and strengthen the friendly relations between the two nations. 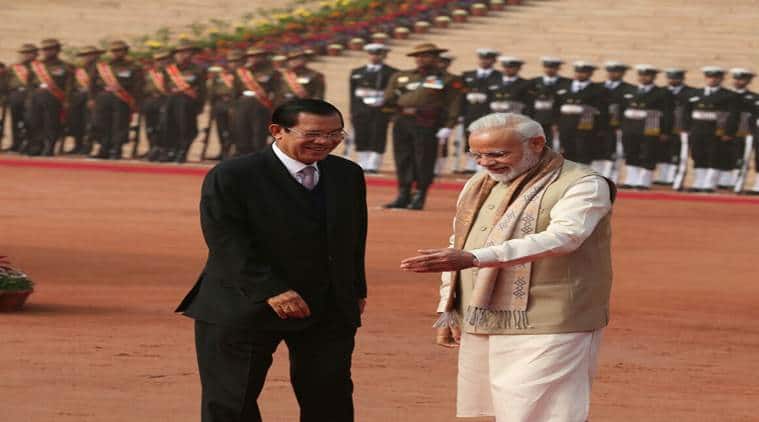 Earlier in the day, PM Hun Sen was accorded a ceremonial reception at the Rashtrapati Bhawan after which he paid tributes to Mahatma Gandhi at Rajghat. Later on, he met External Affairs Minister Sushma Swaraj. The two leaders dwelled upon issues of mutual interest related to development partnership, trade and investment, Human Resource Development (HRD) and people-to-people contacts.