Second-generation SUV gets carried-over mechanicals albeit slightly higher prices than before due to some added features.

Mazda Sales Thailand has launched the all-new CX-5 with prices mostly competing with those of the Honda CR-V, one of the most popular SUVs in the Thai market.

The second-generation CX-5 comes with a completely redesigned exterior and interior, although it still uses the same platform, engines and transmission from its predecessor.

The CX-5 comes with the same 175hp 2.2-litre diesel-turbo and 165hp 2.0-litre petrol motors, both equipped with a carried-over six-speed automatic driving either the front wheels or all four.

The entry-level model is the petrol-powered C trim priced at 1.29 million baht, some 100k cheaper than the cheapest CR-V powered by 175hp 2.4-litre petrol engine.

The higher S spec of the CX-5 goes for 1.33 million baht which, like the C, is 70k more expensive than before. A new grade is the 1.53 million baht SP that comes with the brand’s latest driver-assist technologies. All petrol models are purely front-wheel drive.

As usual, the diesel-powered is available in just two versions: XD asking for 1.56 million baht and XDL 1.77 million baht, the latter getting those driver-assist tech and four-wheel drive. They are 30k and 80k dearer accordingly than the previous models. 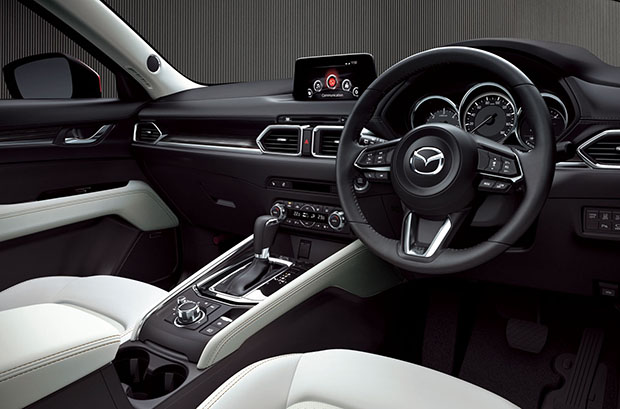