North Korea shipped coal to Russia last year which was then delivered to South Korea and Japan in a likely violation of UN sanctions, three Western European intelligence sources said.

The UN Security Council banned North Korean exports of coal last August 5 under sanctions intended to cut off an important source of the foreign currency Pyongyang needs to fund its nuclear weapon and missile programmes.

But the secretive Communist state has at least three times since then shipped coal to the Russian ports of Nakhodka and Kholmsk, where it was unloaded at docks and reloaded onto ships that took it to South Korea or Japan, the sources said.

A Western shipping source said separately that some of the cargoes reached Japan and South Korea in October last year. A US security source also confirmed the coal trade via Russia and said it was continuing.

“Russia’s port of Nakhodka is becoming a transshipping hub for North Korean coal,” said one of the European security sources, who requested anonymity because of the sensitivity of international diplomacy around North Korea.

Asked to respond to the report, Kremlin spokesman Dmitry Peskov said on Friday that Russia abided by international law.

“Russia is a responsible member of the international community,” he told reporters on a conference call.

Interfax news agency quoted an unidentified official at Russia’s embassy to North Korea on Friday as saying Russia did not buy coal from North Korea and was “not a transit point for coal deliveries to third countries.”

Russia’s mission to the United Nations told the Security Council sanctions committee on November 3 that Moscow was complying with the sanctions. Two lawyers who specialise in sanctions law said it appeared the transactions violated UN sanctions.

The US Treasury on Wednesday put the owner of one of the ships, the UAL Ji Bong 6, under sanctions for delivering North Korean coal to Kholmsk on September 5. It was unclear which companies profited from the coal shipments. 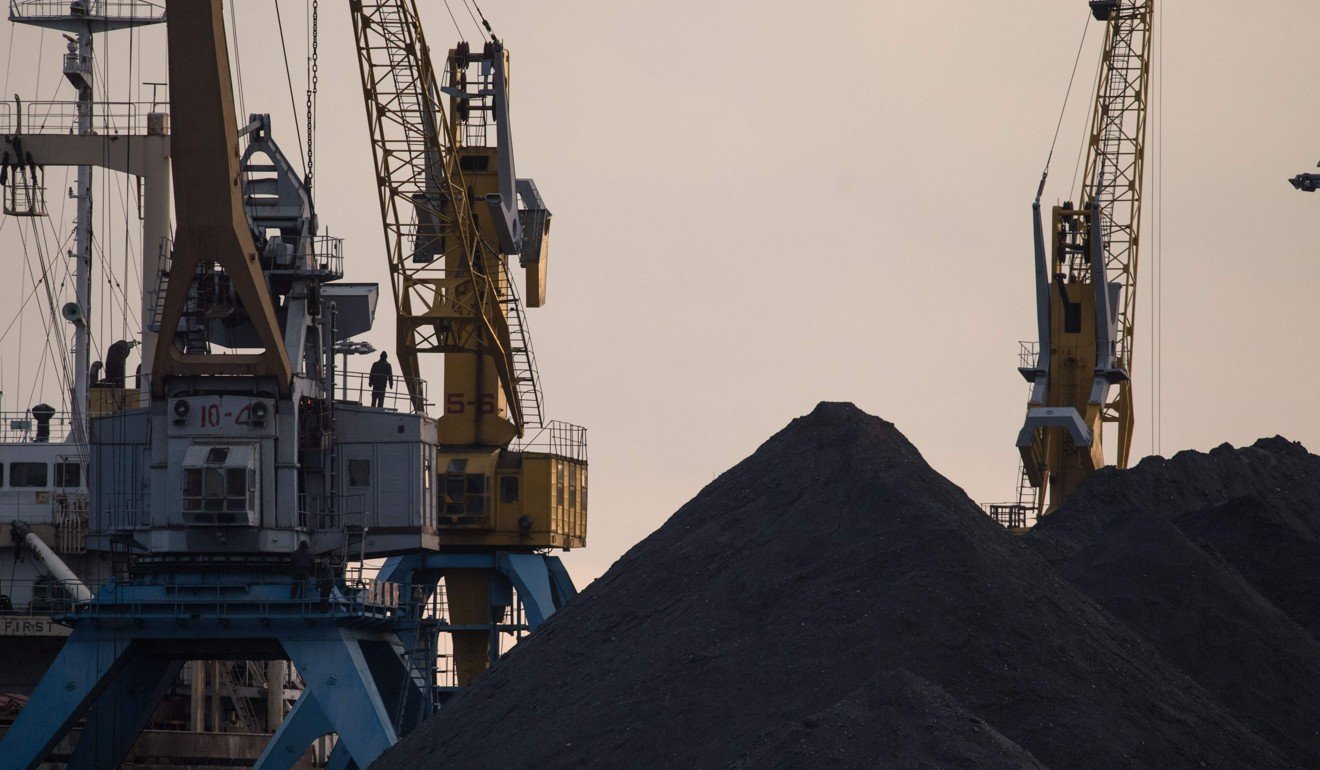 North Korean coal exports were initially capped under a 2016 Security Council resolution that required countries to report monthly imports of coal from North Korea to the council’s sanctions committee within 30 days of the end of each month.

Diplomats, speaking on condition of anonymity, said Russia had not reported any imports of North Korea coal to the committee last year.

The sanctions committee told UN member states in November that a violation occurs when “activities or transactions proscribed by Security Council resolutions are undertaken or attempts are made to engage in proscribed transactions, whether or not the transaction has been completed.”

Asked about the shipments identified by Reuters, Matthew Oresman, a partner with law firm Pillsbury Winthrop Shaw Pittman who advises companies on sanctions, said: “Based on these facts, there appears to be a violation of the UN Security Council resolution by the parties involved.”

“Also those involved in arranging, financing, and carrying out the shipments could likely face US sanctions,” he said.

The United States has led efforts to toughen UN sanctions to force North Korea to give up development of nuclear missiles capable of hitting America.

Asked about the shipments, a US State Department spokesman said: “It’s clear that Russia needs to do more. All UN member states, including Russia, are required to implement sanctions resolutions in good faith and we expect them all to do so.”

Earlier this month, US Secretary of State Rex Tillerson accused Russia of not implementing all the UN sanctions and said Moscow “may be frustrating” some of the steps.

Tillerson said the Russian failure to comply with the UN measures “primarily” concerned fuel “but some other areas potentially as well.”

A State Department official said it was time for Russia to act.

“There is no more time for excuses,” the official said. “The world is watching Russia’s actions closely.”

“Russia says it wants better relations with the United States, so Moscow should prove that by cooperating with us, not working against us, on this urgent threat to all nations.”

The independent panel of experts that reports to the Security Council on violations of sanctions was not available for comment.

North Korea has refused to give up the development of nuclear missiles capable of hitting the United States. It has said the sanctions infringe its sovereignty and accused the United States of wanting to isolate and stifle North Korea.

An independent panel of experts reported to the Security Council on September 5 that North Korea had been “deliberately using indirect channels to export prohibited commodities, evading sanctions.”

Last month, Russian tankers had supplied fuel to North Korea at sea and US President Donald Trump told Reuters in an interview on January 17 that Russia was helping Pyongyang get supplies in violation of the sanctions.

The US Treasury on Wednesday imposed sanctions on nine entities, 16 people and six North Korean ships it accused of helping the weapons programmes.

Asked about the shipments, a South Korean foreign ministry official said: “Our government is monitoring any sanctions-evading activities by North Korea. We’re working closely with the international community for the implementation of the sanctions.”

The official declined to say whether the ministry was aware of the shipments.

The Japanese foreign ministry did not immediately respond to a request for comment.

The European security sources said the route via Russia had developed as China, North Korea’s neighbour and lone major ally, cracked down on exports from the secretive Communist state.

“The Chinese have cracked down on coal exports from North Korea so the smuggling route has developed and Russia is the transit point for coal,” one of the European security sources said.