Report shows decrease in fires in past year

Report shows decrease in fires in past year

The Interior Ministry’s department of fire control officials said yesterday that fires killed 22 and injured 12 in 2017.

Department director Net Vantha said 514 fires broke out in the country over the year, as opposed to 612 cases in 2016.

Despite there being less fires in 2017, there were more deaths than in 2016, when 14 people died compared to the 22 that perished this year.

Mr Vantha listed the most common causes of fires as follows: 143 cases of electrical circuit malfunctions, 121 incidents with stoves, 96 with candles and incense, 88 gas explosions, and 87 for other reasons. 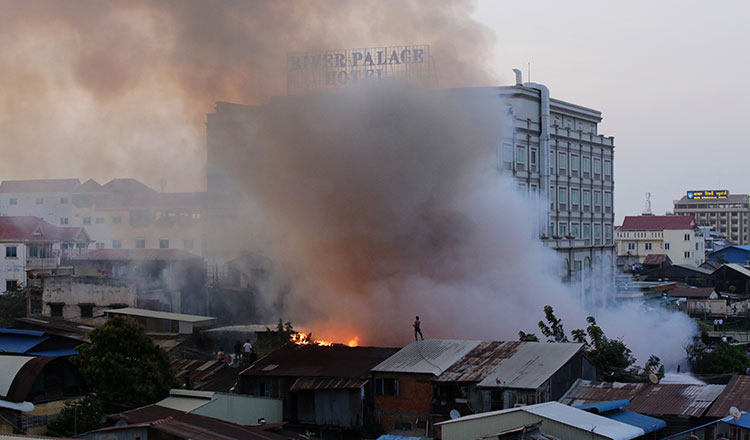 Phnom Penh governor Khuong Sreng has requested the Phnom Penh Water Supply Authority to install fire hydrants around all markets in the city to prevent large fires from spreading.

Sin Sitha, 45, a seller in Phnom Penh’s Kandal market, said she was pleased with the measure, as she noticed most markets did not have enough equipment to fight fires.

“Last year, Kandal market management asked all sellers to have fire extinguishers in their stores, but I think it is better to have another plan, like these fire hydrants, so that we can stop a large blaze if it happens,” she said.