The government has reclassified 32,305 hectares of public land in Stung Treng province’s Sesan district to provide an economic land concession for the Lower Sesan II dam.

According to a sub-decree signed by Prime Minister Hun Sen on November 17, the land covers part of Phluk, Talat, Sre Ko and Kbal Romeas communes.

The document said the land for the hydropower dam had been reclassified under Energy Ministry and Finance Ministry procedures, in cooperation with provincial authorities.

“Any provisions contrary to this sub-decree shall be abrogated,” the sub-decree said, meaning the document overrules any previous classifications of the land.

According to the Land Law, property belonging to the state may be subject to sale, exchange, distribution or transfer.

In May 2012, Mr Hun Sen issued an order to strengthen the management of economic land concessions, postponing the giving of concessions to private companies, in order to reduce land disputes.

A 2015 report by the human rights group Licadho found Mr Hun Sen’s government had over the years issued concessions to investors for more than 2.1 million hectares of Cambodian land, including major Chinese and Vietnamese companies and local firms. 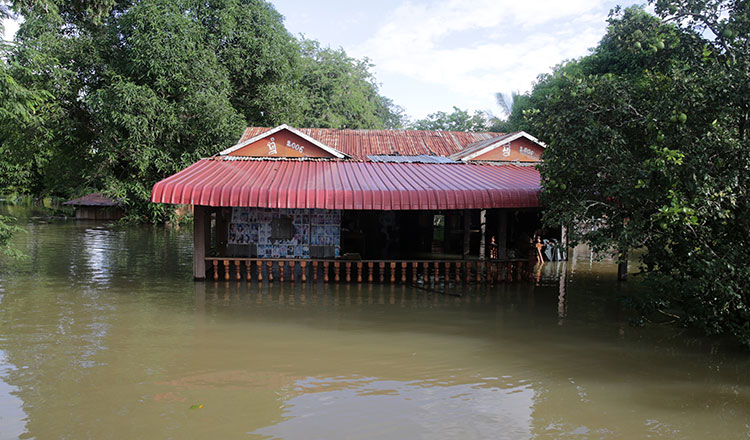 Chan Heng, an undersecretary of state at the Agriculture Ministry, said: “I don’t know about that sub-decree yet. The government stopped granting economic land concessions a long time ago.”

Local resident Fort Kheun said he did not know the government had given his old village to the hydropower dam company.

“This is news to us, but we don’t care, we just want to live in our forest community and the authorities have already approved that,” he said.

Despite getting approval to live on their farmland, Mr Kheun said no government officials had come to talk to his community yet.

Families from Sre Ko and Kbal Romeas communes, who refused to relocate for the development of the hydropower dam, decided to move to their community forest and ancestral lands in October, after their villages flooded when the gates of the dam were closed.

Construction of the dam is scheduled to be completed in 2019 at a total estimated cost of $816 million. Three companies are involved in the dam: Cambodia’s Royal Group owns 39 percent, China’s Hydrolancing International Energy has a 51 percent stake and Vietnam’s EVN International owns 10 percent.

When complete it will generate 400 megawatts of power, which will supply Stung Treng, Kampong Cham, Kratie, Preah Vihear, and Ratanakkiri provinces with electricity, ending their dependence on electricity from Laos.

In February 2016, Mr Hun Sen announced the government was taking back about 1 million hectares from investment companies that had been granted economic land concessions.

At the time he said the land would be doled out to the poor, while the government also reduced the duration of economic land concession investment from 90 years to only 50 years.