Thailand wants the rich to not just buy homes, but invest in high-end and tech sectors

Thailand wants the rich to not just buy homes, but invest in high-end and tech sectors

in Asia News, Thailand
0
Home Asia News
Post Views: 168
Kobkarn Wattanavrangkul, Thailand’s tourism and sports minister, is on an economic mission – to draw high-net-worth individuals to the country not only to holiday, but also to live, invest and for retirement.

The drive is underscored by the Authority of Tourism’s series of large scale international events to boost the tourist dollar and its special visa scheme to allow foreigners to stay in the country for up to 20 years.

“Many foreigners already bought condominium units in Thailand. Bangkok is a popular location among them, and I have heard that foreign buyers are spreading to other provinces such as Chiang Mai, Phuket and Pattaya area,” Kobkarn said.

To capture more wealthy global citizens to live in Thailand, she said the country had made an aggressive push on extending its visa schemes, including allowing foreigners to live in the country for up to 20 years.

The fee covers a concierge programme entitling members to VIP access to government agencies dealing with immigration, driving licences and work permits. Visa holders are also entitled to 24 golf and spa sessions a year and one annual health check at a local private hospital.

The increase in elite visas issued has coincided with rising tourist arrivals and spending in the country. 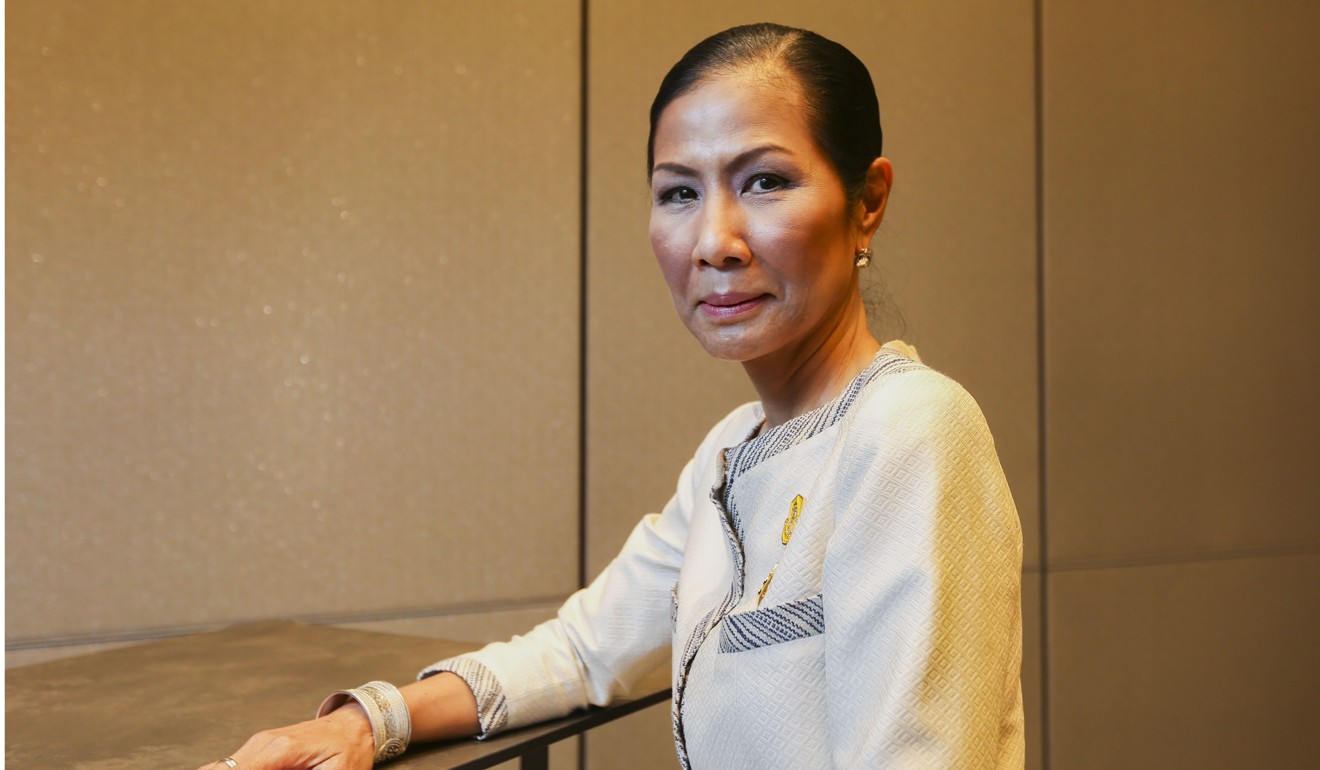 “We aim to draw 34 million tourist arrivals in 2017,” said Kobkarn, who is the former chairperson of Toshiba Thailand.

In 2016, the number of tourist arrivals was 32.52 million, of which 8.7 million, or around 27 per cent, were from mainland China, which has become Thailand’s largest source of international tourists, according to the tourism authority. For the first eight months this year, there were 552,190 visitors from Hong Kong, which is the fourth largest market, up 4 per cent from the same period in 2016.

While foreign investors have traditionally focused on investing in condominiums in the Thai property market, Kobkarn said the scope should be expanded.

“It is time to look at investment in Thailand again. We are aiming to lure more investment in hi-tech and high-end industries,” she said.

We are aiming to lure more investment in high- tech and high-end industries
KOBKARN WATTANAVRANGKUL, TOURISM AND SPORTS MINISTER

Dominic Volek, managing partner of Henley and Partners, said about 20 to 30 per cent of the successful applicants for the elite visas would buy properties, while the rest would lease flats.

Volek’s firm was awarded the global concession in March to promote the elite visa issued by Thailand Privilege Card, a wholly owned subsidiary of the tourism authority.

“The visa scheme attracts both visitors and investors,” he said.

“Most of these visa holders are foreigners who made Thailand their second home for retirement, and [those who are] frequent travellers and pure golfers,” he said.