Following on from Defence Secretary Jim Mattis’ warnings about China, US officials say President Donald Trump is expected to ask for a massive US$716 billion (HK$5.5 trillion) in defence spending in his 2019 budget.

“That’s a huge deal,” said Mark Cancian, a defence analyst with the Center for Strategic and International Studies (CSIS), of the proposed increase.

“It’s a big jump in defence and means that the Trump administration is putting resources against an extremely aggressive defence strategy.”

The figure is a major increase on the previous defence budget and signals a shift away from concerns about rising deficits.

The proposed budget is a victory for Mattis, who recently unveiled a strategy that proposes retooling the military to deter and, if necessary, fight a potential conflict with major powers such as China and Russia.

And it represents a setback for deficit hawks such as Mick Mulvaney, director of the Office of Management and Budget, who last year pressed for an increase in defence spending that could be offset by cuts to domestic programmes.

“If this is the number, then the battle between Mattis and Mulvaney is over and Mattis won,” Todd Harrison, director of defence budget analysis at CSIS, said of the US$716 billion figure.

The figure for 2019 would cover the Pentagon’s annual budget as well as spending on ongoing wars and the maintenance of the US nuclear arsenal.

It would increase Pentagon spending by more than 7 per cent over the 2018 budget, which still has not passed through Congress.

The Pentagon and the White House declined to comment on the president’s proposal, which has been circulating among the military services and in Congress.

Trump touted his 2018 defence budget as one of the largest in US history, but the proposal was seen as something of a disappointment inside the Pentagon and among defence hawks in Congress.

Many lawmakers have pushed for the military budget to increase far beyond what Trump has proposed last year.

Trump sought US$668 billion (HK$5.2 trillion) in spending for national defence in 2018, but Congress passed a bipartisan defence authorisation bill late last year that would direct roughly US$700 billion (HK$5.4 trillion) to military spending. That bill authorises military spending but does not actually appropriate it, which would have to be done through a different act of Congress.

A senior US official said that US$716 billion is the target the White House provided to lawmakers as they make plans to adjust congressionally mandated caps on spending. 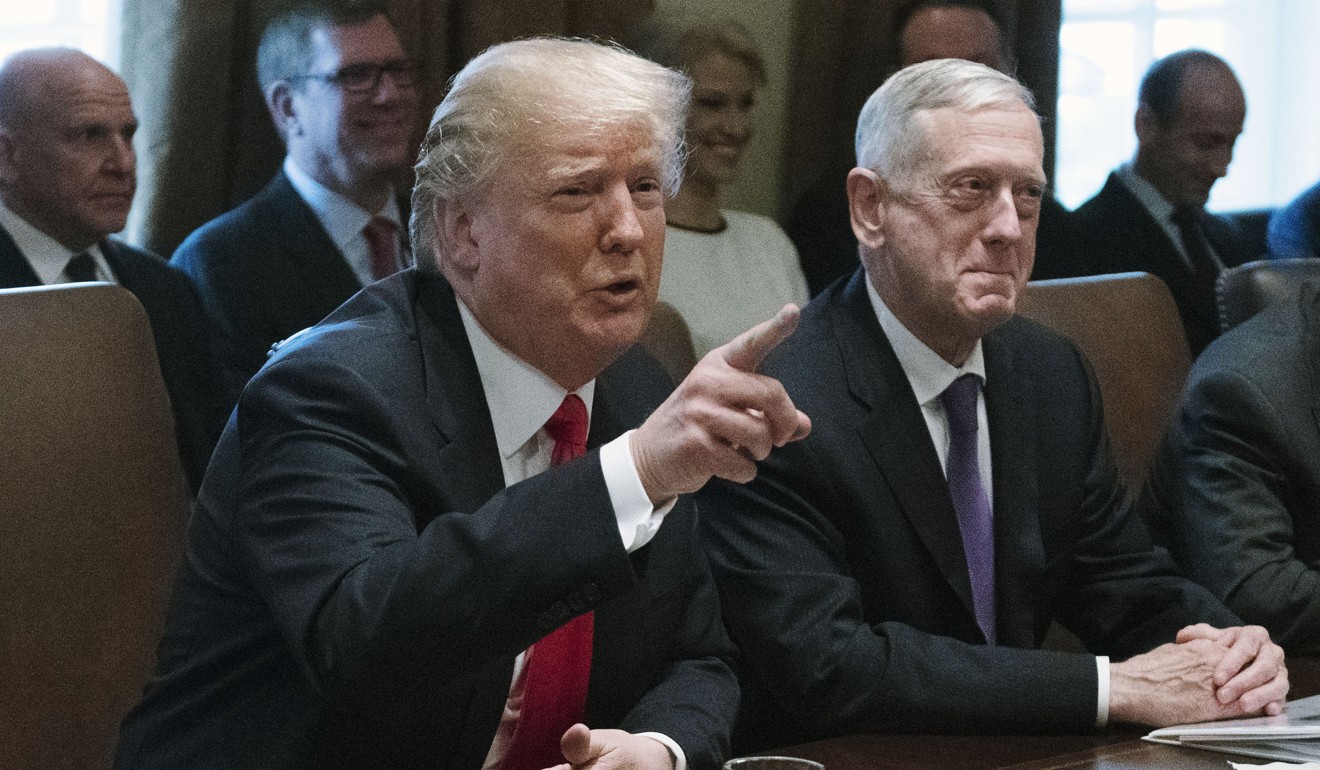 Last week, Mattis said the political dysfunction in Washington, congressionally mandated spending caps and lawmakers’ inability to pass a budget were eroding the military’s ability to retool and prepare for future threats.

“As hard as the last 16 years have been, no enemy in the field has done more to harm the readiness of the US military than the combined impact of the Budget Control Act, defence spending cuts and operating in nine of the last 10 years under continuing resolutions,” Mattis said.

As the Pentagon was finalising its new defence strategy late last year, Mattis began making the case to Trump for a big increase in defence spending.

The Trump administration’s proposed 2018 budget set aside large sums of money to boost training and the overall readiness of the existing force.

Pentagon officials said the 2019 budget would focus on modernising the military’s ageing weapons systems and preparing it for a potential conflict with major world powers after a long emphasis on counterterrorism and insurgencies in Iraq and Afghanistan.

Mattis faced some resistance from White House officials, such as Mulvaney, who worried that the deficit would explode with a large increase in military spending, combined with the president’s tax cuts. 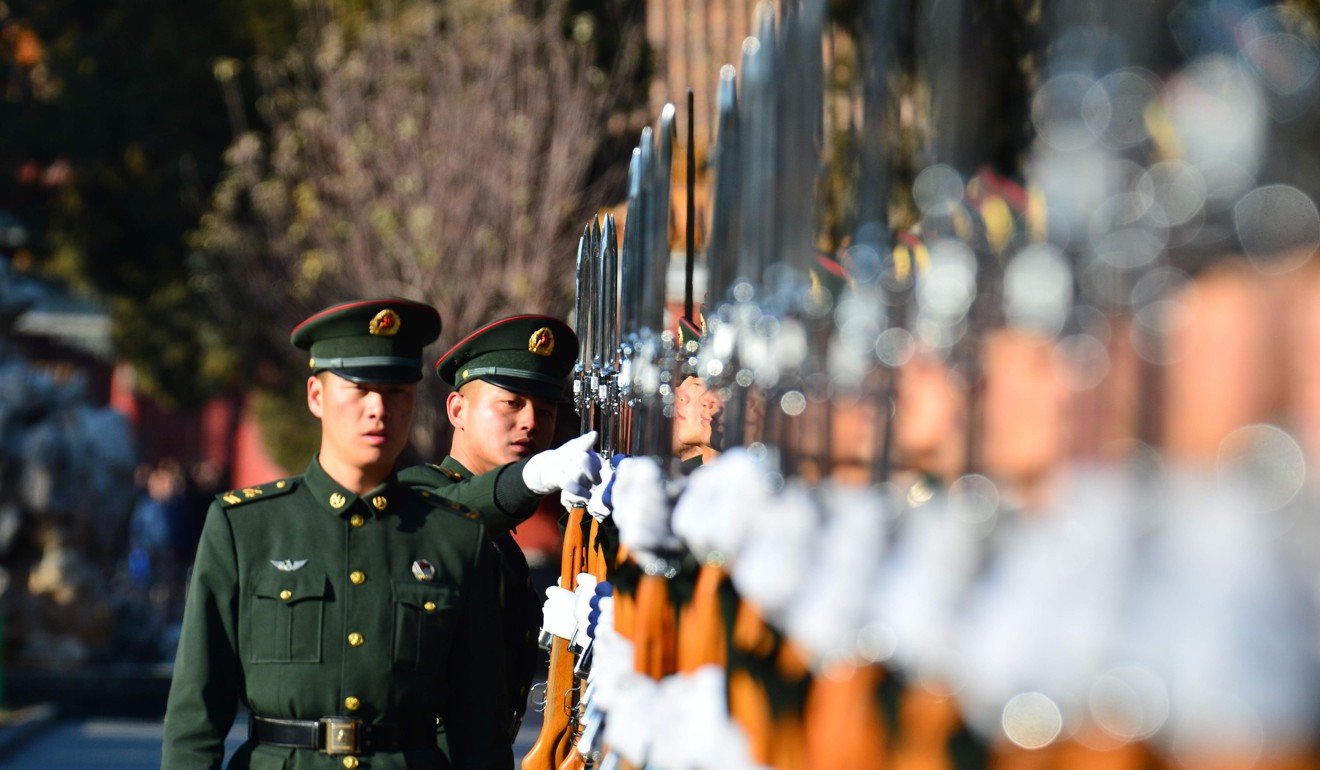 Mulvaney joined the Trump administration after spending six years in the House as one of the most conservative members, an outspoken deficit hawk who pushed for lower spending.

Since taking over the White House’s budget office, Mulvaney has agreed publicly with Trump’s push to expand the military budget, but he did not incorporate a long-term increase in military spending into his budget plan last year, as it would have dramatically expanded the deficit over time.

The Trump administration’s 2018 budget paid for increases in defence spending by making big cuts to domestic spending and the State Department that drew heavy resistance from Democrats and some Republicans in Congress.

The proposed increase for 2019 is so large that it is “even more unrealistic” that the White House will be able to offset it with cuts, Harrison said.

The increase is likely to please defence hawks such as Sen. John McCain (Republican, Arizona), who has assured the White House that there is support among lawmakers for major increases to Pentagon spending, said Mackenzie Eaglen, a fellow at the American Enterprise Institute.

The proposed increase also reflects Mattis’s contention in his new defence strategy that the United States is “emerging from a period of strategic atrophy” during which China, Russia, Iran, North Korea and other rivals have extended their influence and military capabilities.

It also emphasises that military dominance of the sort that the United States has maintained since the end of the cold war is becoming more costly.

“What Mattis is saying is that you can’t have the best military in the world on an Obama budget,” Cancian said.