Why Jokowi wants to move the Indonesian capital

Why Jokowi wants to move the Indonesian capital

When Indonesian President Joko ‘Jokowi’ Widodo announced earlier this year that he intended to relocate the nation’s capital from Jakarta to Kalimantan the claim was met with widespread scepticism. Jakarta is a polluted, congested and over-crowded city that is literally sinking into the ocean under the weight of numerous policy failures. 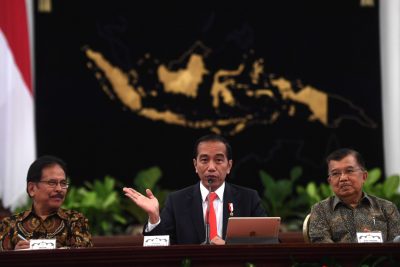 The President’s plan is a tacit admission that overcoming these issues is so challenging that the preferred solution is simply to abandon the megalopolis and relocate the machinery of government almost 2000 kilometres away on a different island. Jokowi has assured the public that Jakarta will remain the financial and business hub of the archipelago.

The economic and policy constraints of relocating the capital are significant and cannot be papered over with platitudes about fresh beginnings in a new garden city. There are several things to consider in appraising this proposed plan of action.

The first is that the Indonesian government has a long history of making bold policy announcements.

Yet the follow-through often fails to live up to the ambitious vision of government officials and over-promising has contributed to a sense that the government is constantly under-performing. This is a textbook example, and it is worth keeping in mind that at this point the proposal to relocate the capital is more aspirational than actionable.

The details have not been fleshed out because the logistical and financial challenges of building a new capital city are enormous. Jakarta has been the commercial and political hub of the archipelago for centuries, since the Dutch East India Company made it the main port supporting their monopoly on the spice trade in the 17th century. Jakarta is already the fulcrum around which a sprawling network of commercial, physical, social and political infrastructure and actors revolve. It will be no easy task to shift that elsewhere.

There are also problematic environmental and land use issues that need to be reconciled before the project can move forward. The government has said it will need something in the range of 180,000 hectares of land for the project and this will involve displacing local residents. Acquiring such an enormous tract of land to build a new city is fraught with potentially bad optics. Local villagers have already signalled their reluctance to the idea.

The proposed site is also in the jungle of East Kalimantan and will require significant infrastructure upgrades — a new airport, new roads and new power plants — just so that people will be able to get to it and live there comfortably. If this is not carefully planned and regulated, which is no sure thing given Indonesia’s uncertain regulatory architecture, the negative impact on the environment could be substantial. It is not a great look to relocate from Jakarta simply because it is too crowded and polluted, and then immediately turn around and demolish several thousand hectares of jungle to make room for its replacement.

But the biggest obstacle is the cost. So far, the government has pegged the cost of the new city at US$33 billion. This figure is almost certainly an underestimate. The plan calls for vague participation by the private sector in underwriting the cost. Yet Indonesia’s record in encouraging private capital to invest in big-ticket development projects during Jokowi’s first term has been mixed at best, with private investment often held back by bad policy design and regulatory uncertainty.

This means state-owned companies have ended up carrying out the vast majority of development projects over the last five years, as the government can only borrow 3 per cent of GDP to finance a deficit in a given year and often leans on SOEs that can raise money on capital markets that don’t count toward this cap.

Unless something drastic changes in the structure of Indonesia’s political economy in the next few years, state-owned construction companies are likely to do the lion’s share of the work building the new capital. This would risk the whole project being seen as a boondoggle for politically connected firms.

If one only looks at the economic and policy sides of this proposal, it is very difficult to justify. But the move starts to snap into sharper focus once political signalling is considered. Java is the political and economic heart of Indonesia. It is the most populous island by far and contributes the largest share of GDP. All Indonesian presidents, except for the late BJ Habibie, have been Javanese. This has created the perception of a Java-centric political imbalance, with more remote parts of Eastern Indonesia feeling marginalised or neglected.

By shifting the capital to East Kalimantan, almost the exact geographical middle of the archipelago, Jokowi is likely trying to signal to the outer provinces that he wants to correct this Java-centric imbalance by placing the machinery of government closer to the more remote areas of Sulawesi, the Maluku Islands and Papua. Whether the project actually gets built is probably less important than the signal Jokowi is trying to send.